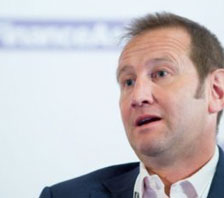 Simon is acknowledged as one of Asia’s leading macroeconomic analysts. He is the founder and CEO of DSGAsia, an independent consultancy that offers economic and political analysis to corporates and governments. From 1994 to 1999, he was Managing Director and Chief Economist for Asia at Swiss Bank Corporation (now UBS), responsible for developing and spearheading the bank’s macroeconomic research product for the region. Simon currently serves on a number of board and official bodies, including the Council of Advisers for the Hong Kong Monetary Authority’s Hong Kong Institute for Monetary Research. He is generally recognised as one of the few analysts who accurately predicted the Asian Financial Crisis.