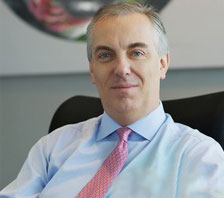 Pierre has lived and worked globally, building and leading multi-billion dollars businesses. Until recently, Pierre was CEO of Triangle Tyre, China largest privately-owned tyre business. Pierre was formerly the president of Goodyear Asia Pacific and led their turnaround between 2004 and 2011, delivering 23 quarters of record financial performances. Pierre’s passion for building winning teams also saw Goodyear named China’s ‘Employer of the Year’ in 2010 and 2011. The business community elected Pierre governor of the American Chamber of Commerce in Shanghai from 2006 to 2010. In recognition of his community work, Pierre has received the Shanghai government’s Magnolia Award, the highest honour for members of the foreign community in Shanghai.