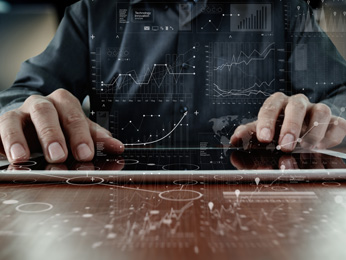 In the next five years, experts predict CFOs in China will have a complete financial picture in real time on their phone. They will be able to scroll through the most relevant data in the time it takes to drink a morning coffee. A China CFO at a recent IMA Asia meeting predicts that,

‘By 3am, the day’s data will be posted to the data lake. In 15 minutes, it will be translated to a dashboard report using natural language processing. At 6am, the CFO wakes up, and using voice recognition software, asks their smartphone to review the dashboard report. They can then convey instructions and approvals to the team by leaving a message on their phones.’

Digital dashboards and RPA hold the promise of greater efficiency

Digital dashboards will facilitate faster and more efficient decision-making. Dashboards visualize digitised data for easier decision-making, thus freeing employees from labouring over spreadsheets. Some MNCs already are making the transition. A China CFO who has made the change explained,

‘We had 50 people doing everything in Excel. Then we reorganised the finance team. We now have four people working on data analytics, dashboarding, and doing digital experiments. At the same time, we reduced the number of our controllers. We need people who understand what is driving our business and not just people who can produce reports correctly.’

Using Robotic Process Automation (RPA) also can lead to significant labour savings. So far, firms in China have been relatively slow on the uptake, while in Japan and the US, RPA is far more popular. RPA requires standard processes to be in place, but the fast pace of change in China sweeps away standardization before it becomes established.

Clearing the decks for AI-powered finance

Before AI-powered finance can take off, CFOs need to first get a few things right. The CFO must first digitise or do away with paper invoices. But, full adoption of e-invoicing (or e-fapiaos) still looks to be several years away. Currently, the tax authority does not consider e-VAT invoices as official. This resistance to change spills over to non-VAT invoices, too. An IMA Asia member expressed the opinion that,

‘Paper VATs I can understand, since the government requires it, but surely, non-VAT could work with electronic copies. In my view, nothing will happen until the tax authority says everything must go e-invoice.’

China CFOs also need to deal with the headache of clunky global ERP systems that perform poorly in China. A finance manager for China complains that,

‘We have done a lot of process automation, but SAP speed is slow in China due to the cybersecurity regulations and the China firewall. It takes two to three hours to complete one transaction.’

As the technology cold war between the US and China intensifies, companies that build a digital platform just for China are looking prescient. Some MNCs are developing ‘a separate instance for China’ (that may also work in other markets, such as Russia) and are opting out of the global tech platform. A large US manufacturing company made an exception for China at the end of a 10-year global rollout of their ERP system.

‘Most of the world had deployed the ERP, but China had not. We paused because of the cybersecurity laws. Now we are pursuing a divergent path, where we put a separate instance in China. It is expensive, but the lesser of two evils. Basically, we disconnect. We convinced HQ that this is the only way to move forward.’

China CFOs at an IMA Asia CFO meeting shared their own involvements in successfully implementing AI-powered strategies. Two of those experiences were with budget forecasting and shipping trend analysis.

Click on ‘Deep Read’ at the top of the page to learn more about the experiences of CFOs with AI-powered finance in China.