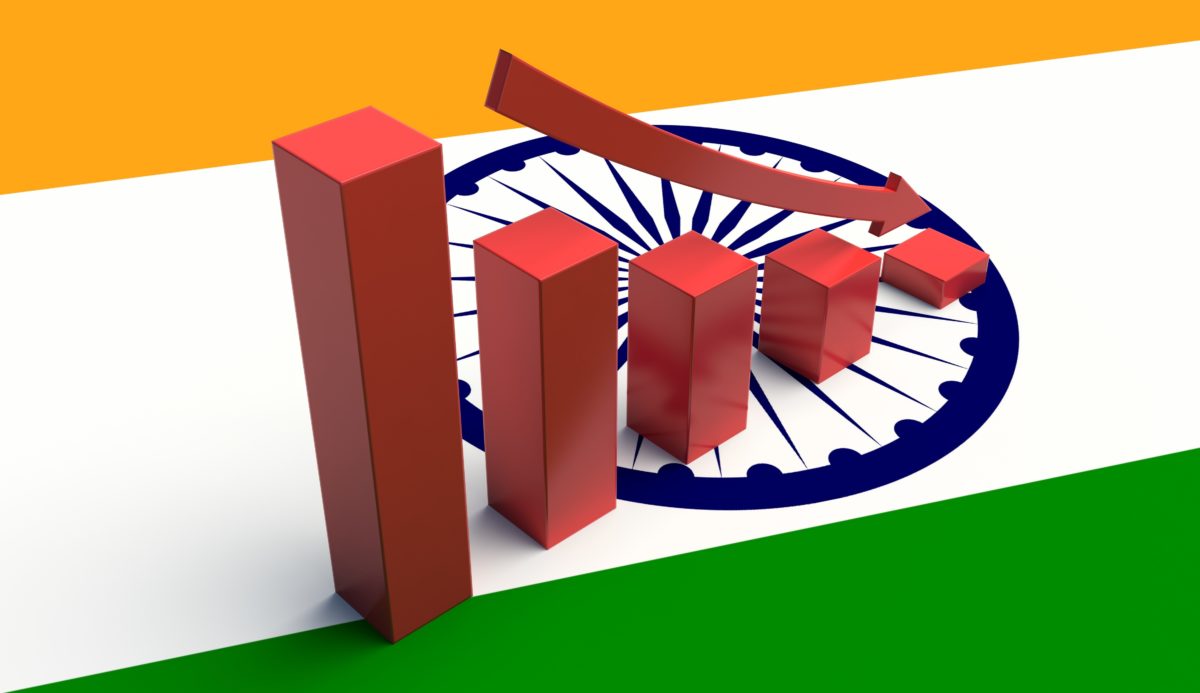 COVID-19 hit India’s economy hard and its GDP will likely shrink by over 5% in this fiscal year. Furthermore, this disruption of economic activity will lower India’s medium-term economic outlook.

‘A month and a half ago, we estimated that the Indian economy will shrink by about 5.5% this fiscal year. The situation seems to be getting worse every day. Besides its weaker financial ecosystem, numerous sectors of the economy, including real estate, telecoms, shipping, along with small-, and medium-sized enterprises, have been struggling with chronic stressors.’

The government shuffled money between various incentive schemes rather than making large additional spending. Consequently, aggregate demand did not increase.

‘The government is channelling money budgeted for some schemes into other schemes that offer direct transfers to people in distress.’

‘Aggregate demand is still shrinking. Government expenditure was 0.2% lower in the first two months of this financial year than one year earlier. Forecasters believe the economy could shrink a little more than what was expected.’

India has failed to create conditions conducive to investment and employment generation.

‘Private investment has been steadily falling, which is a huge structural problem. In the long run, GDP cannot rise unless the ratio of investments-to-GDP remains stable, if not grows.’

… as do ideological positions

The current government’s deep mistrust of experts and large businesses has resulted in ineffective economic policies. It prioritises its socio-political agenda over economic matters.

The economy was already reeling from the effects of demonetisation and
poor implementation of GST when COVID-19 hit. High fiscal deficit has
constrained the government from spending to boost aggregate demand in
the economy.

‘Demonetisation was a colossal blunder in thought and in
implementation. While GST was a good idea, the government implemented it without proper preparation and without thinking through the phases of implementation. It inflicted avoidable pain and has not delivered on its basic promise of a lower tax regime enabled by better compliance.’

Nevertheless, foreign investment is coming in

‘There is much goodwill towards India amongst global investors, maybe
because half of them are headed by Indians themselves! Nevertheless, a
lot needs to be done to improve the climate for investments, especially
reducing policy uncertainty.’

… and there are reasons for optimism

In the short term, the resilience of the rural economy offers hope for
recovery. The government’s divestment plan and reforms in certain sectors,
such as agriculture and mining, bode well. India’s consuming class and
youthful population could propel India forward if the government is able to
create positive conditions for investment and industry.

‘The government is committed to disinvestment and has identified large
public-sector units like Bharat Petroleum (BPCL) and Life Insurance
Corporation of India (LIC). The government is also serious about
agricultural reforms and plans to open the mining sector to overseas
investors.’

Click on ‘Deep Read’ at the top of the page to learn more about how companies are negotiating India’s slump.