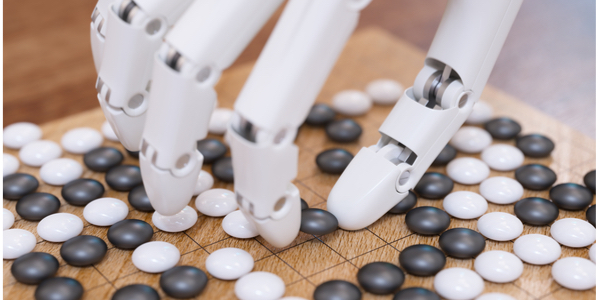 ‘To compete in China, AI needs to be part of your thought process. While you may not be using it, your Chinese competitors most definitely are, and these include more than just the big technology players.’ So said a CEO at a recent IMA China CEO Forum meeting. Money and resources are pouring into China’s Artificial Intelligence (AI) industry. Government resources, programming talent, large quantities of consumer data, quick prototyping and an open attitude, all make China an ideal place to start exploring AI’s business possibilities.

While China is still behind the US in developing artificial intelligence (AI) applications, experts believe that China will close this gap by 2020. China already counts one of its companies – Baidu – among the top three players in AI, joining Google and Amazon in this elite league.

China has a large and rapidly growing number of top-notch coders and developers. What sets Chinese tech talent apart is their passion for AI. It is not viewed as a scary step in the march of technological progress, but rather as a do-or-die existential challenge. AI offers a way for China to solve social problems, such as sustaining economic productivity as the population ages, improving China’s poor air quality, and overhauling an antiquated healthcare system. It also offers a way for China to leapfrog ahead of developed countries.

In the past year, China has ascended to join the league of countries in the forefront of AI development.